From Books to the Moving Image

“We all came out from Gogol’s Overcoat” Dostoyevsky

My journey to the Slavonic world started in Ukraine. In 1985, I arrived in Odessa, on board of the delightful Shalyapin ship. It was my personal discovery of the Black Sea. Yes,  my Slavonic life began on the Odessa steps, on those Potemkin cinematic stairs; connecting the waterfront with the central city, connecting my own-self with the world of the Slavs, from Odessa to Kiev and from there to Moscow …. 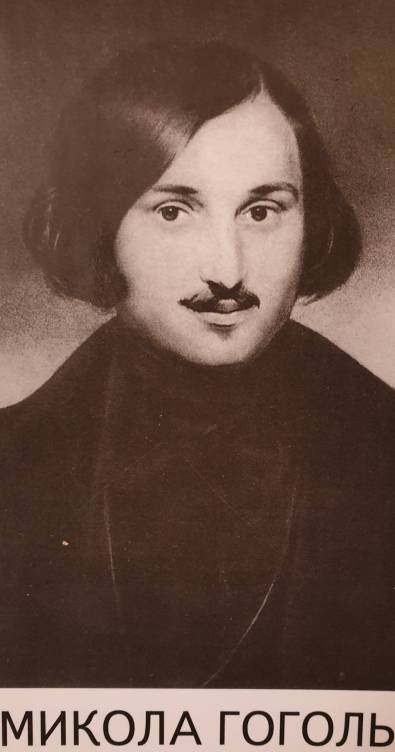 Shalyapin Ship & my Discovery of the Black Sea

My Student life in the USSR

In 2019,  I am celebrating 20 years working as a cataloguer for University College London Library Services  and for UCL – The School of Slavonic and East European Studies (SSEES) Library, in particular. UCL SSEES Library provides print and electronic books, journals, archive collections and other resources to support the study of the whole of Central and Eastern Europe and Russia, the Baltic, the Balkans & from Germany to the Russian Far East.

Visibility of the “Small” European Languages

For all these reasons, 2019 is my very personal Ukrainian Year:

A Celebration of Mykola Hohol at 210

In 2018, I became a member of the COSEELIS committee. The most important function of COSEELIS is to represent the interests of UK libraries and other information organisations offering services in the field of Slavonic and East European studies. Group interests are furthered through publications, co-operative activities, collective representation, and the exchange of views and ideas at conferences.

At the end of 2018, for COSEELIS, Gregory Walker compiled a directory of all UK institutions and libraries that have expertise, research interests in, and teaching programmes, as well as information resources related to Central, East European and Slavonic Studies.

From all this, I decided to create a Metadata project Gogol Digital: all about Gogol in UK libraries. Without doubt, a pioneering work on Gogol appeared in the form of a book in 1989, published by Ardis in Ann Arbor: Gogol: a bibliography, which was compiled & edited by Philip E. Frantz.

This referential book is an examination of the influence of Gogol but covers only books. So what about Gogol beyond his books, Gogol as a current relevant topic for the 21st century, what about Gogol and the other arts? When I was working on these projects simultaneously, once again, I was confronted by a wealth of ideas and the vicissitudes of the specialisation. Mykola Hohol is very well known as a writer who published his work in Russian language. For obvious reasons, Russia adopted him as one his literary classics, since then Mykola Hohol became Nikolai Gogol

Even in these very specific topics such as Gogol, we still do not know each other. Until now scholars in national and comparative literatures, university students do not have all the information needed, which is available online. Certainly, our knowledge is still fragmented even in this digital era. In a project of this type, due to the magnitude of the undertaking a guide of the books, a bibliography cannot help us. I believe that metadata is the answer.

Until now we have lacked “the data of data” basis which could help us to fully understand Mykola Hohol ’s great contribution to world culture. The present paper works towards the best knowledge and understanding of  Hohol ’s life and literary work. Using as a test case, his presence in UK libraries- from the first English translations of his books to the multiple adaptations of his literary works in the Arts (music, dance, painting, photography, theatre, cinema and the moving image in general).

The rise in interest in metadata is part of the effort to organize a rather messy world of digital resources and to provide access and services where none existed before. I am very aware of this fact. For more than 20 years, I have been working in libraries and information cultural centres. Currently, I work as the cataloguer for the collections of the countries of the former USSR for UCL-SSEES Library. My working experience helps me to understand Metadata. As a Metadata cataloguer, my main responsibilities are:

– To create and edit bibliographic metadata in a range of Slavonic, East European, and other mainly European languages.
– To review the quality of existing data and take appropriate action to amend inaccurate data retrospectively.
– To maintain and collate statistics and documentation of work undertaken.

– To undertake appropriate continuing professional development and to contribute to the implementation of new and emerging standards (e.g. RDA).
– To classify books.
– To create orders using Aleph, following standards set by the SSEES Acquisitions Library.
– To retro-convert bibliographic records and re-classify books in line with collection management requirements.

A Metadata is developed by specialists for a specific purpose or a precise function. In our case, the Metadata would be dedicated to Mykola Hohol to celebrate his 210th anniversary. The aim is to identify the rare materials on this particular writer, including his first English editions, to perform database maintenance for bibliographic and authority records to ensure the quality of our bibliographic records. Thus, we can identify when the diffusion of his literary works started in UK, how Mykola Hohol reached the English world and who were his first translators and interpreters. The project came from a pioneering experience dedicated to Dostoevsky that I am still using as a template for future similar projects such as as the present study about Nikolai Gogol, and in our case, to support those interested and dedicated to studying the life and works of this writer.

HoHol Digital addresses key uses that we are working to solve today, the first one is already stated. It refers to the vicissitudes of the specialisation. The second one is regarding the promotion of his first publications in Ukrainian language, its acknowledgement, identification and the visibility of those texts and the scholarship created from them. The present research Metadata Gogol’s UK Virtual Library intends to answer these questions.

On this occasion, I will focused on UCL SSEES Library

The Gogol’s Collection in UCL are in two main virtual locations: 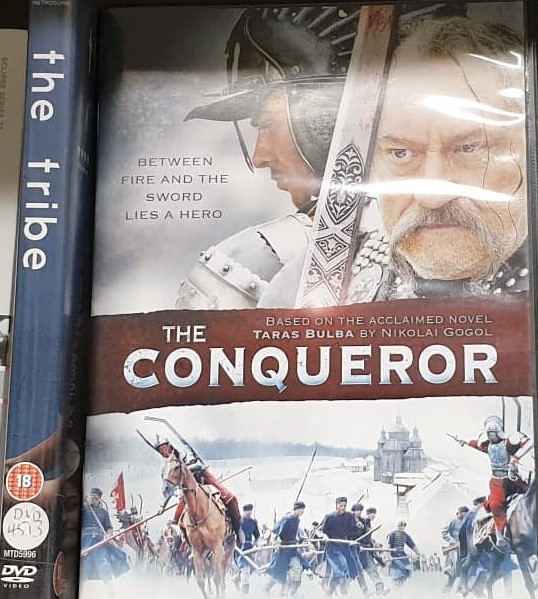 “Do you know a Ukrainian night? No, you do not know a night in Ukraine… The moon shines in the midst of the sky; the immeasurable vault of heaven seems to have expanded to infinity; the earth is bathed in silver light; the air is warm, voluptuous, and redolent of innumerable sweet scents. A divine night! A magical night!” Gogol wrote in his collection of Ukrainian stories, Evenings on a Farm Near Dikanka (1831-1832). When he moved from Ukraine to St Petersburg, Russia, at the age of 20, Gogol took his homeland and its legends with him. Audiences in Russia were mesmerized with his stories about Ukraine – heroic, mythical odes to the Ukrainian history and culture. A preeminent figure in Russian culture, the author of one of the masterpieces of literature in Russian language – Dead Souls – Gogol was also a dedicated panegyrist of his native Ukraine. In Gogol’s tales, the characters he borrowed from Ukrainian folklore make Faustian pacts with devil (Ivan Kupala Eve, 1831) or spend a blood-curdling night locked in a church with a vengeful witch (Viy,1835). Gogol embodies both the ties that bind the two countries and the differences that set them apart.
Thank you Svitlana Chukanova for the web links of recent Ukrainian editions of Mykola Hohol’s books
Indeed, Gogol was / is always controversial, some Ukrainians have branded Hohol a renegade and a “katsap” (a derogatory term for a Russian). The Russian literati did not accept him fully, either. Alexander Pushkin, called him a tricky khakhol (derogatory term for a Ukrainian), but It was Pushkin who suggested the subject for “Revizor” to Gogol. Pushkin also suggested the main idea of “The Dead Souls” (1842).The great bard, Taras Shevchenko, respected Gogol’s genius and wrote a poem to Gogol in 1842, calling Mykola Hohol “my great friend.” They were contemporaries – two Ukrainians living in St. Petersburg, though they did not know each other personally. Count Tolstoy stated categorically: “He does not have a Russian heart” – I agree with him, Gogol was essentially Ukrainian- and finally, Fyodor Mikhailovich sentenced: “We all come out from Gogol’s ‘Overcoat’. To me, Gogol was a narrow nationalist and a universal genius. He was both, a typical Russian-Ukrainian, one of those wonderful mad men. Un loco, I would say.Thus, he remains relevant today.

Visibility of the “Small” European Languages

In a letter to Czeslaw Milosz some fifty years ago, Gombrowicz wrote a phrase that today, would not have occurred to a Spanish or English speaker, not even a French or Portuguese speaker: ‘If, in a hundred years, our language still exists…” Concerning the same matter, Milan Kundera poses the question – ” would anyone today know the work of Kafka if he had written his works in Czech and not German? For anyone writing in, or translating from, what is considered a ‘small’ language? For it does seem that nations such as the Czech Republic, Slovakia, Hungary, Latvia, Lithuania, Estonia, Finland, Ukraine, Sweden, Norway, Macedonia or Montenegro, are left at the footnotes of history books; their writers excluded from the canon of European Literature, what about their moving image?… “
2019 is the International Year of Indigenous Languages, a United Nations observance that aims to raise awareness of the consequences of the endangerment of Indigenous languages across the world, with an aim to establish a link between language, development, peace, and reconciliation; in defense of small linguistic nations: from Europe to the Americas, from Asia to Africa & Australia. Certainly, the world is full of situations of asymmetric bilingualism: the members of one linguistic group learn the language of another without the latter reciprocating. In such a situation, the cost of learning is borne by one group, whereas the benefit is enjoyed by both. In the absence of any cost-sharing device, such situations are unjust.

On this topic, Mykola Hohol a.k.a. Nikolai Gogol is an interesting case, considering the fact that he was an Ukrainian born writer who published his most international works, including his Ukrainian short stories in Russian language. Gogol used the language of the Empire to make the Ukrainian identity visible to everyone. Thanks to artists like Gogol, Ukrainian names, cities, towns, its nature, folk stories, they all were transcultured into Russian language and launched to the world. Gogol’s own experience critically reveals potential criteria of linguistic justice, each of which offers a distinct answer to the question of how to allocate between two linguistic groups the cost of one of them learning a second language. Today, we may complete Gogol’s historical mission, now that Ukraine is a very visible identity, we need to identify and to promote Gogol’s native language, including the scholarship created about his work in all Ukrainian languages, including Ukrainian Braille and Sign Language. This is a key aspect for the present project.

A Celebration of Mykola Hohol at 210.

A presentation for the 7th International Conference on Scientific Communication in the Digital Age, which will take place in Kyiv, Ukraine on March 28-29, 2019 at the National University of Kyiv-Mohyla Academy Library. https://scda.ukma.edu.ua/en/