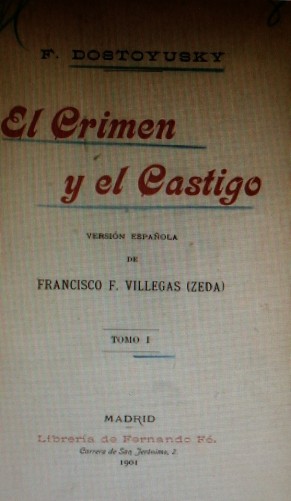 Преступление и наказание (1866) / Crime and Punishment is a novel by the Russian author Fyodor Dostoevsky. It was first published in the literary journal The Russian Messenger (Русский Вестник) in twelve monthly installments during 1866. It was later published in a single volume in 1867

Fyodor Mikhailovich Dostoevsky is not only a Colossus of Russian literature, but remains one of the most influential and enduring personalities of the literary world. Crime & Punishment, first published in 1866 , was his undoubted masterpiece.

This Metadata project is our personal contribution to a transatlantic celebration – at the University of British Columbia, in Vancouver October 20-22, 2016 – of Crime and Punishment as the novel turns 150. My eternal gratitude to Dr Katherine Bowers and Dr Kate Holland for inviting me to take part of this international experience to explore the significance of Dostoevsky’s works today, a conference that looks at Crime and Punishment and examine its story, context and extraordinary presence.

Until now we have lacked “the data of data” basis which could help us to fully understand Fyodor Dostoevsky’s great contribution to world culture. Certainly, our knowledge is still fragmented even in this digital era. Even in these very specific topics such as Dostoevsky, we still do not know each other. The present paper works towards the best knowledge and understanding of Dostoevsky’s life and literary work. In a multilingual – Russian, Spanish and English – audiovisual project of this type, due to the magnitude of the undertaking a guide of the books, a bibliography, cannot help us. I believe that metadata is the answer. So why metadata?

The rise in interest in metadata is part of the effort to organize a rather messy world of digital resources and to provide access and services where none existed before. I am very aware of this fact. For more than 20 years, I have been working in libraries and information cultural centres. Currently, I work as the cataloguer of the Russian collections for UCL SSEES Library. This helps me to understand Metadata. Metadata is developed by specialists for a specific purpose or a precise function. In our case, the Metadata would be dedicated to Dostoevsky’s Crime and Punishment, in order to celebrate its 150 anniversary. The aim is to identify when the diffusion of his literary works started, when they were translated, where this first occurred, how this novel by Dostoevsky reached the Hispanic world and who were his translators and interpreters. This multilingual – Russian, Spanish, English – audiovisual project will be a pioneering experience in order to increase interest in studying Russian language and literature. It can be used as a template for future similar projects on Slavonic languages, and in our particular case, by those interested and dedicated to studying the life and works of Fyodor Mikhailovich Dostoevsky.

Dostoevsky according to José Martí

Russian literature – and Dostoevsky’s works – entered Spain and they passed on to Spanish America almost immediately. The first translations came from French translations of the Russian works. Before 1961, the geographical centres for the dissemination of Dostoevsky’s literary production were Barcelona and Santiago de Chile. The popularity of Russian short stories and theatre demonstrate that Russian literary presence was not only seen in the novel. One notices immediately the large number of editions, versions of Crime & Punishment, which were published in Spain and Hispanic America, more than thirty-six times.

Dostoevsky and His First Spanish Translators

From 1961-91, Havana, the Cuban capital city became the main distribution centre of Slavonic artistic productions, not only in the Americas, but also in the so-called Third World.  Using as a test-case, Dostoevsky’s presence in the Hispanic World, from Spain to Latin America – from the first Spanish translations of his books to the multiple adaptations of his literary works in the Arts: 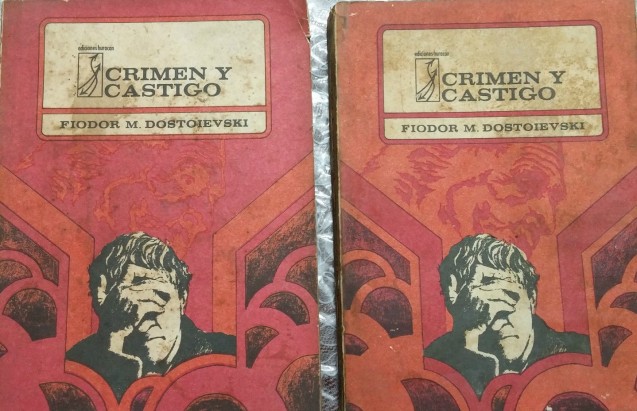 The 1975 Cuban edition of Crime & Punishment ( prologue by Beatriz Maggi)

In the Footsteps of Raskolnikov 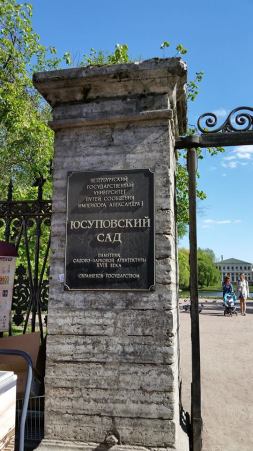 The Moving Image in general 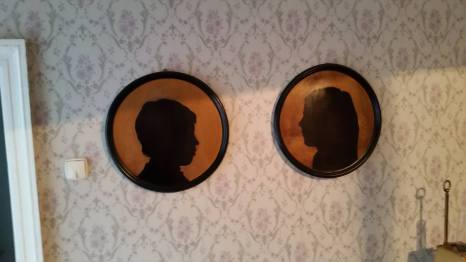 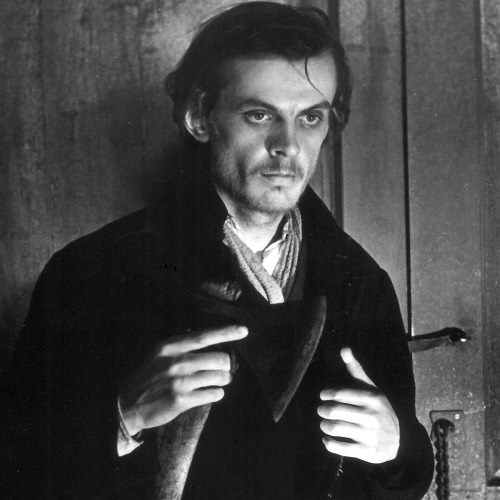 The 1975 Cuban edition of Crime & Punishment ( prologue by Beatriz Maggi) 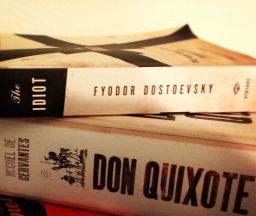 Russian Literature in the Hispanic World by George O. Schanzer’s

Curator of the 2016 Inaugural Dostoevsky Day UK (DDUK) / at the F.M.Dostoevsky Literary-Memorial Museum, the day when I decided to create our own Dostoevsky Day UK. Dr Vladimir Smith-Mesa, cataloguer of UCL SSEES Library’s Russian and audio-visual collection. https://www.ucl.ac.uk/news/staff/staff-news/August/10082016-spotlightonVladimirSmithMesa 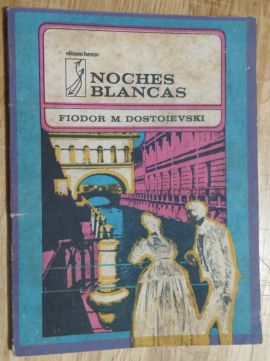 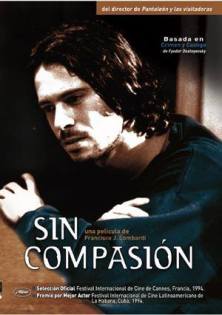 Dostoevsky saw this painting “The Body of the Dead Christ in the Tomb” ( 1520–22) by the German artist and print-maker Hans Holbein the Younger, when traveling in Switzerland, and was so struck by it that he climbed up on a chair in order to look at it more closely. In his 1869 novel “The Idiot”, the character Prince Myshkin, having viewed the painting in the home of Rogozhin, declares that it has the power to make the viewer lose his faith. 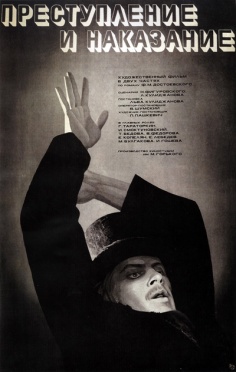 Crime and Punishment (15) A compassionate study of the mind of a murderer. The poor student Raskolnikov, through the interweaving of various relationships, confesses to the killing of a pawnbroker and his daughter, and is tortured by guilt. Masterly performances by an outstanding cast including Georgi Taratorkin and Maya Bulgakova. USSR 1970 Dir. Lev Kulidzhanov 200 min. In Russian with subtitles

The Vladimir Icon of the Mother of God Church “From the study windows one can see the cupolas of Vladimir Church, where Dostoevsky attended services in the last years of his life…”

Renting apartments in inexpensive parts of town, he would move frequently and never stayed at one address for more than three years. Friends who visited him in various apartments noticed the ascetism of their décor, the simplicity and restraint of the interiors. The main room in Dostoevsky’s apartment was always his study. A desk, often placed in the middle of the room always occupied the principal place there: “Fyodor Mikhailovich’s study was a large room with two windows. In the back of the room stood a soft couch covered with a brown, fairly worn material; in front of it was a round table with a red cloth napkin. On the table were a lamp and two or three albums; all around stood soft chairs and armchairs. The windows were decorated with two large Chinese vases of a beautiful shape. Along the wall stood a large couch made of green morocco leather, and near it was a little table with a decanter of water. On the opposite side, across the length of the room, a writing desk had been pulled out”. Thus Anna Dostoevskaya, the writer’s second wife, described the study in the apartment where Dostoevsky created his novel Crime and Punishment. 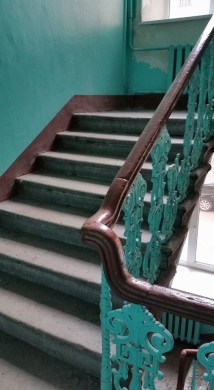 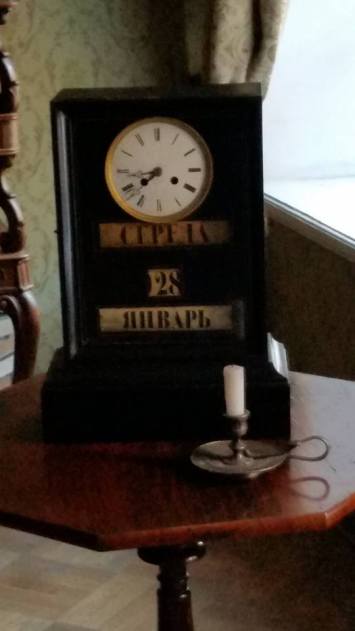 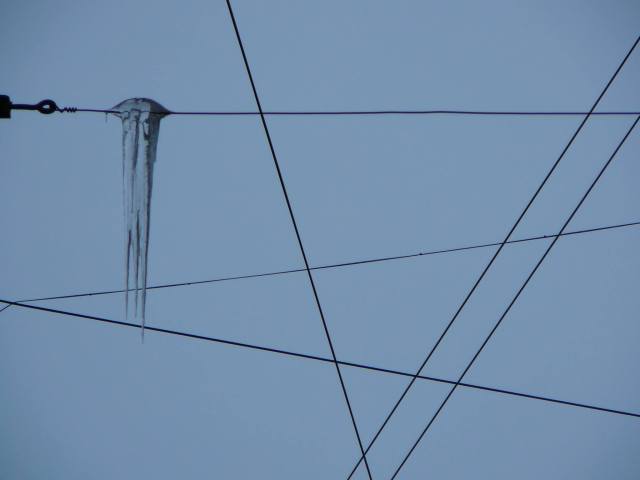 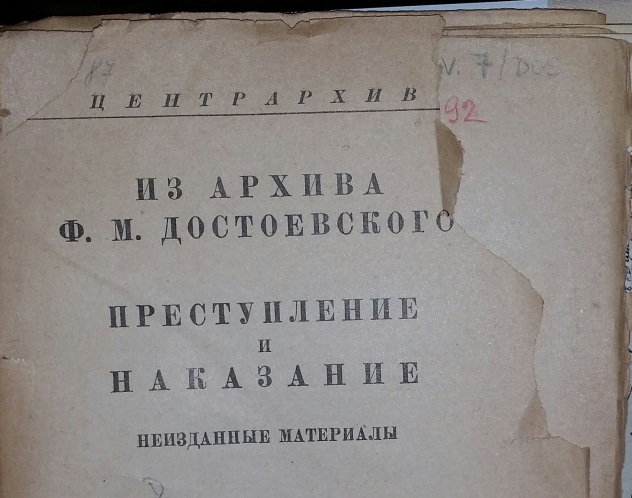 “UCL SSEES Library will be marking the anniversary by publishing a “Libguide on Dostoevsky”. This Libguide, among other things, will cover audio-visual holdings in UCL SSEES Library, and previous events that took place in the UK to commemorate the anniversary (as well as include the links to digital copy of the first edition). “