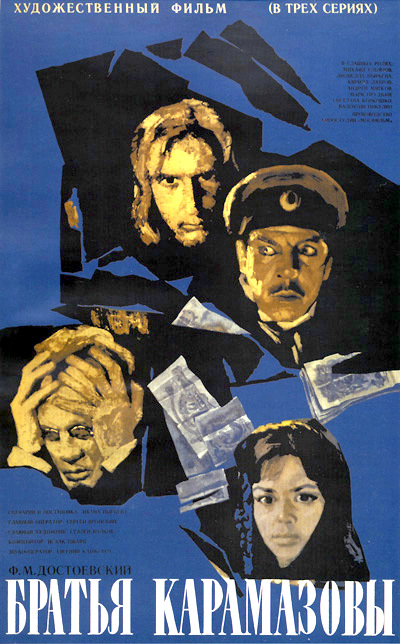 The Brothers Karamazov (Russian: Братья Карамазовы, translit. Bratya Karamazovy) is a 1969 Soviet film directed by Kirill Lavrov, Ivan Pyryev and Mikhail Ulyanov. It is based on the eponymous novel by Fyodor Dostoevsky. It was nominated for the Academy Award for Best Foreign Language Film. It was also entered into the 6th Moscow International Film Festival, winning Pyryev a Special Prize.